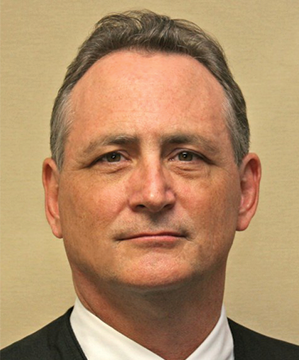 Chief Judge Robert E. Morin was appointed to the Superior Court of the District of Columbia in 1996. In June 2016, he was designated for a four-year term as Chief Judge, beginning his term on October 1, 2016.

Chief Judge Morin graduated from the University of Massachusetts with a degree in Sociology in 1974. He received his law degree from Catholic University Law School in 1977. After graduating from law school, Chief Judge Morin joined the law firm of Furey, Doolan & Abell, where he focused primarily on civil and criminal litigation. In 1980, he accepted a position as a Clinical Supervisor in the Criminal Division of the DC Law Students in Court Program in Washington, DC In 1982, Chief Judge Morin assisted in establishing and worked at the Southern Center for Human Rights in Atlanta, Georgia. The Center was established to provide representation of indigent persons charged in capital cases or under a sentence of death, and to train lawyers to provide such representation.

In 1984, Chief Judge Morin returned to the Washington Metropolitan area and accepted a position with the Office of the Public Defender for the State of Maryland to undertake representation of defendants in the lead death penalty cases in that state.

From 1986 until his investiture in 1996, Chief Judge Morin was a partner in the law firm of Fisher, Morin & Hansen, located in Washington, DC where he specialized in the area of the defense of serious criminal and death penalty cases.

Since 1986, Chief Judge Morin has served as an Adjunct Professor of Law at the Georgetown Law Center, teaching Evidence and Capital Punishment.